Last week ATL Artistic Director Brad McEntire returned from New York, where he was developing his new one-man theatre piece CHOP (tentatively to be produced by Audacity in 2010).


Last summer McEntire approached old friend and hard-scrabble actor Will Harper (currently acting off-Broadway at Manhattan Theatre Club in Lynn Nottage's RUINED). Over beers at the McManus Pub in NYC, McEntire presented the proposal of collaborating on a solo piece that he had been developing since 2007, when he was living in Hong Kong. The piece was a one-man show called CHOP.


Harper, who is a company member with the New York-based development company Cry Havoc, offered up one of their Monday Night Labs as an opportunity to work on the piece.


Throughout the fall of 2008, McEntire continued to work on the piece, sending it off to various theatres around the country. The Outsider's Inn Collective in Seattle staged a reading as part of the 2008 Live Theatre Week in that city. There was positive feedback.


A date was set for the Cry Havoc reading and the ever-funky Andy Merkel was brought in to direct the workshop reading of the piece. He arranged for rehearsal space at the Stella Adler Studios in NYC for the few days prior to the March 16th reading.


The round-table style reading went over really well. Merkel, Harper and McEntire explored and expanded the piece over two days of work. Cry Havoc was hospitable and gave some constructive feedback. The play itself seems about 95% ready to be fully mounted.


Special thanks to actor Jake Blagburn at the Stella Adler Studios for agreeing to read the play aloud, so we could hear one more perspective of the piece while developing it.
Posted by Audacity Theatre Lab at 9:39 AM No comments: 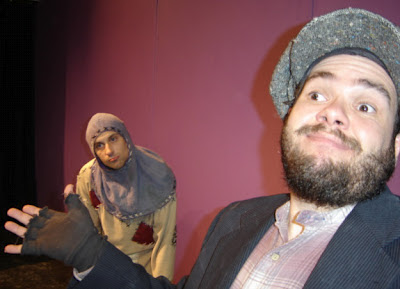 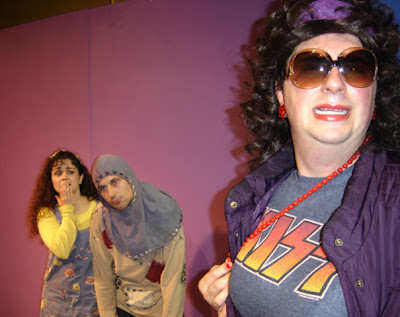 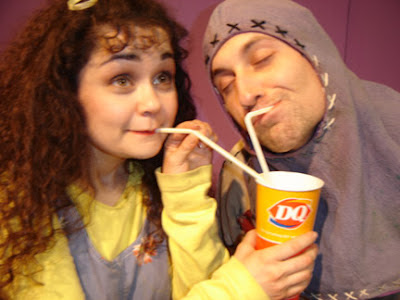 Posted by Audacity Theatre Lab at 4:17 PM No comments: