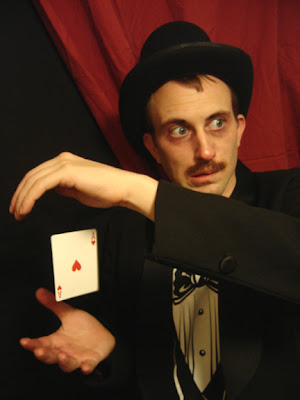 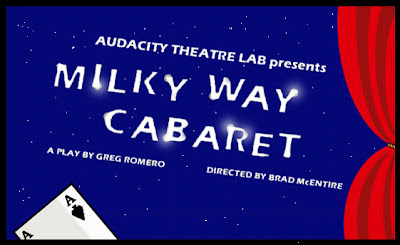 Press qoutes from THE LAST CASTRATO

From BroadwayWorld.com
The Last Castrato: Hits High Notes
By Michael Dale/ August 24, 2005
...what I wouldn't change is the casting of Jeff Swearingen, whose exuberant energy and nice-guy likability is a treat to watch. Performing with no set -- just a folding chair, two tables, minimal props and nothing behind him but a black curtain -- director Brad McEntire puts him through a cardio workout with physically demanding staging full of pratfalls and human sound effects. His fun performance of an enjoyable... script makes The Last Castrato hit some pleasant high notes.

From Ft. Worth Star-Telegram
Out of the Loop: Audacity Productions, The Last Castrato
by Mark Lowry/ Staff Writer/ March 6, 2006
. . .
There's some outrageously funny stuff here.... Swearingen really gets into it, too... Audacious, indeed.

From Dallas Morning News
Anatomical antics Swearingen shows off range in 'Castrato'
by Lawson Taitte/ March 6, 2006
. . .
The world has been waiting for Jeff Swearingen to find a role that could contain and exploit his explosive, hilarious and truly quirky talent. He's finally got one... Under Brad McEntire's direction, Mr. Swearingen bounced between hilarity and an almost scary intensity... More than once, the audience finds itself unable to stop laughing.
Posted by Audacity Theatre Lab at 3:40 PM No comments: