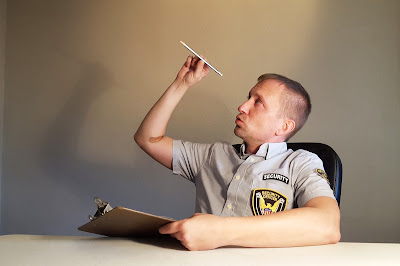 The festival will present STRIKE!, PLANT MOM, DAYLAN HILLIS IN SPACE and more.

The 22nd Festival of Independent Theatres has had to change its style, but the FIT is as perfect as ever. This annual mainstay of the DFW performing arts scene switches to a virtual, on demand format this year and will be held October 8-31. Six performing arts groups offer audiences something for everyone and for the first time ever, viewing on demand and from the comfort of home. One of the most beloved features of the area's longest running theatre festival still remains: Two show blocks are available for one low ticket price, so viewers can try out something new, as well as festival passes so they can explore it all. This year's line-up features original works, dance, comedy, drama and more. All performed by some of FIT audiences' favorite artists:

During previews for a sure-to-be-doomed production of The Tell-Tale Heart: The Musicale, a Stage Manager slowly loses his sanity as he deals with overbearing directors, unprepared understudies and immense guilt over the past. Brought to you by the writer and director of the sold-out drive-in experience, Everything Will Be Fine by Prism Movement Theater, this new one-man show is sure to startle, excite and terrify.

Plant Mom focuses on a woman, at home alone with her plants, and explores feelings of isolation, loneliness, distance and the longing for connection that many have recently grown to know more intimately. The question remains: Are these feelings really new, or have we been avoiding them all along?

A trio of powerful, passionate, political works by three trailblazing female playwrights and poets. This triple bill explores traditional themes of art, inclusion and identity from a decidedly feminist perspective and includes An Introduction by Margaret Cavendish, To Lady Anne by Æmilia Bass Lanier and Votes For Women! by Elizabeth Robins.

A virtual version of the National New Play Network offering and 2015 O'Neil National Playwrights Conference Finalist. Redeemer Mine focusses on Gloria,who returns home after her sister is caught cremating their mother, the prophet of a small-town doomsday cult. Spooky, heartbreaking, beautiful and sure to deliver a few shivers.

UP THE DOWN LADDER-LAUGHTER LEAGUE

Conceived and performed by Dick Monday and Tiffany Riley

Two eccentric humans deal with isolation by inventing an elaborate story about the infestation of their home by a royal family and their followers. Things soon grow frenzied and a series of farcical chases, violent arguments and ribald accusations ensue, culminating in a surprising, yet tender conclusion brought about by the eviction of these imaginary royals.

Check it out... HERE

Posted by Audacity Theatre Lab at 10:57 PM No comments:

Audacity is proud to announce a new digital "theatre" piece...

Playing as part of the 2020 VirtualFIT Festival.

Posted by Audacity Theatre Lab at 10:46 PM No comments: