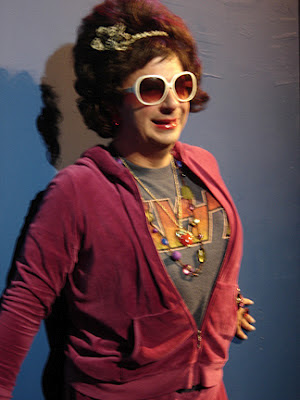 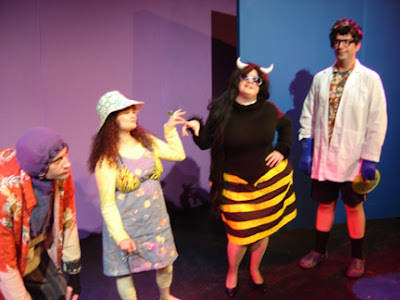 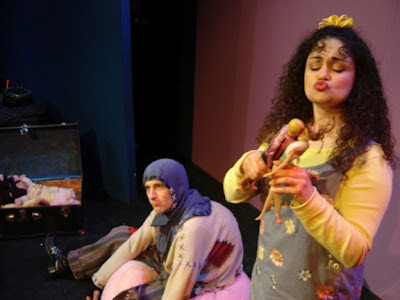 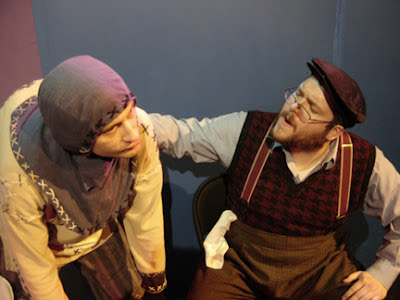 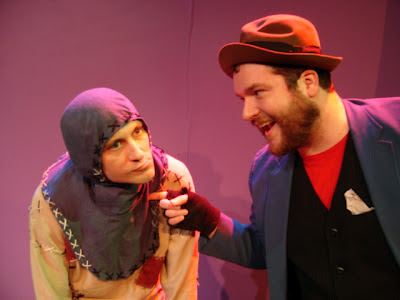 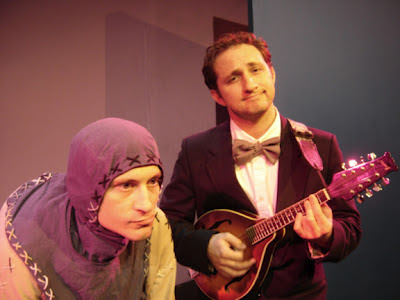 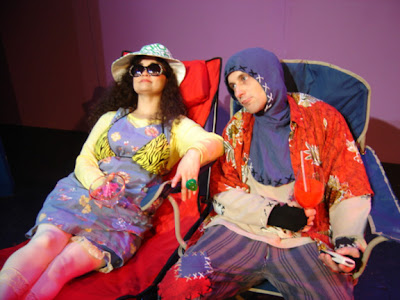 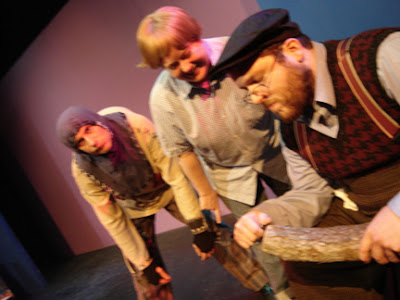 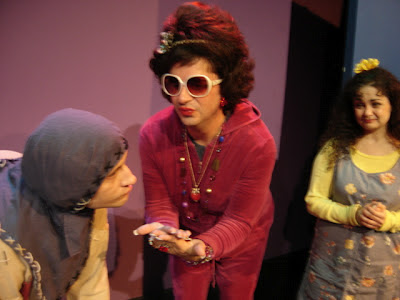 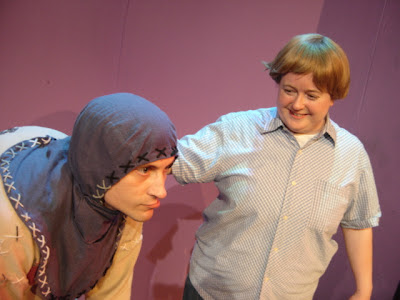 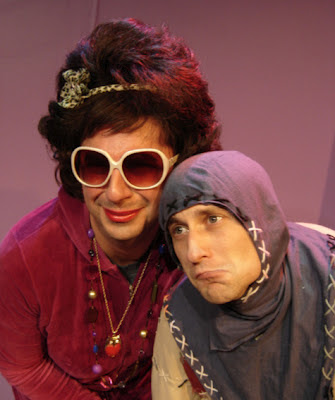 Posted by Audacity Theatre Lab at 11:51 PM No comments:

HELLO HUMAN FEMALE: THE REMOUNT - Notes On the Play


(From the program insert)
HELLO HUMAN FEMALE is set in motion when an online dating service connects Tamela, a guileless 37 year-old virgin looking for love, with Dr. Gorn, an evil scientist with ambitions of world domination. Things don't go according to Dr. Gorn's dastardly plan when Tamela falls instantly in love with his henchman, Blork, a simple, misshapen creation of the evil scientist's. When Tamela takes Blork home to Mother, Blork is quickly sent away on what ultimately becomes a journey of self-discovery. The play follows Blork on his trek, with Tamela hot on his trail.

HELLO HUMAN FEMALE is a whimsical and heart-warming tale with the message that being full of love, kindness, and understanding can make up for a lot of our apparent shortcomings.

The play was originally commissioned in the summer of 2008 when ATL Artistic Director Brad McEntire went to Chicago to take a long-weekend Improv Intensive. Matt and Kim Lyle graciously offered their couch at their cozy apartment and McEntire enjoyed, not just a place to sleep, but good company and cold beverages with the Lyles on their second story wooden patio. Asked if he had anything he might want to write for ATL, Lyle handed McEntire a few sketches he'd written. One really stood out. It was the first scene of Gorn and Tamela e-mailing about their Match.com compatibility. McEntire immediately commissioned a full-length play from Lyle to produce through Audacity.

Lyle worked on the piece for the rest of the summer and autumn of 2008. A full-draft came about bringing into the world Blork, Mother, Homeless Harry, Gramps and Timmy.

The play was produced in February and March of 2009 and went over well with critics and audiences alike. Since the original world-premiere production the play has shown up on several Top Ten Lists and garnered awards for some of the performers as well as Mr. Lyle. That production also introduced the Metroplex to the groovy little performance space in Exposition Park run by Matt Posey - The Ochre House.

Enough people came out of the woodwork after the play ended who hadn't had a chance to see it that Lyle, McEntire and the cast decided they'd take a shot at remounting HELLO HUMAN FEMALE in the future.

And that's what you are looking at tonight… HHF 2.0. The Remount.
Posted by Audacity Theatre Lab at 11:45 PM No comments: