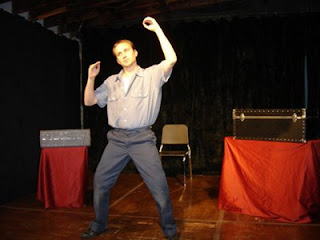 Mr. Eninger holds an MA in Playwriting, and studied directing and writing for film at the Hungarian Academy of Film and Theater. His writing/directing credits include BEDLAM for the Playground Theatre, TENNIS for the Bailiwick Theatre, music and direction for LITTLE HOUSE ON THE PARODY and music for BAND GEEKS: THE MUSICAL.
Posted by Audacity Theatre Lab at 3:53 PM