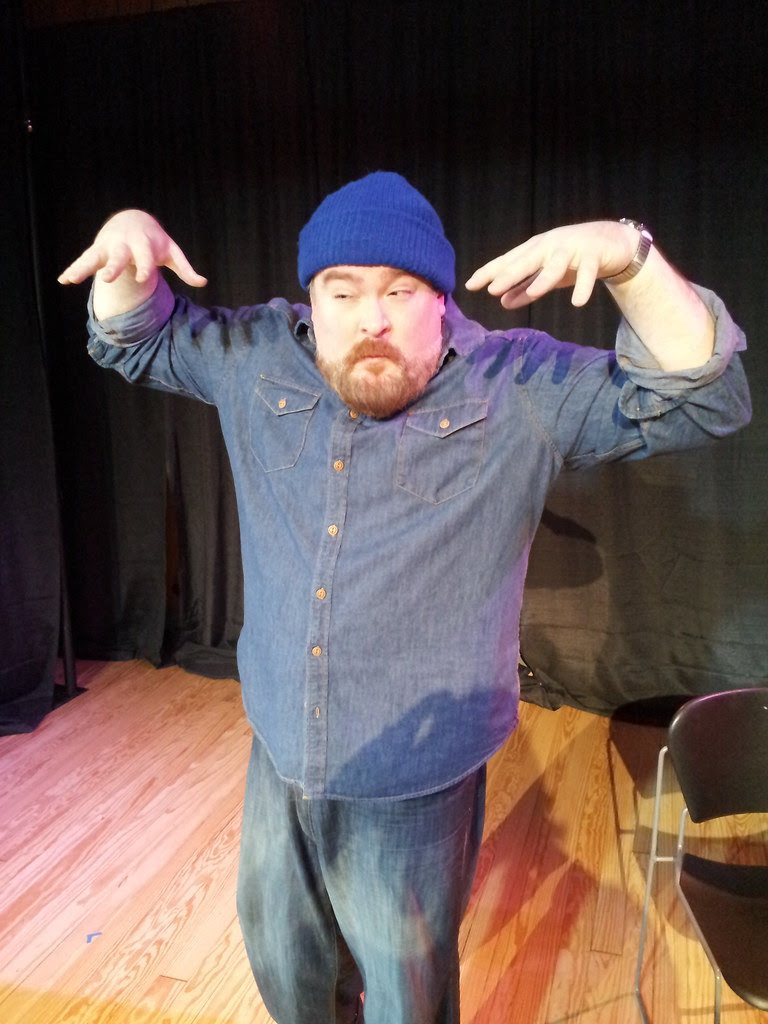 I’ll never look at a goldfish the same way again... ever!

In this one-man show created and performed by Brad McEntire, you come face to face with Mr. Charlemagne J. Roberts. Roberts has a huge problem with people -- all people. One day he becomes the unlikely custodian of a magical goldfish, and Roberts' misanthropic view of the world is seriously challenged.

I have the utmost respect for one-man/woman shows and the ability of one performer to hold an audience captivated. It is a tremendous task to accomplish, and to do it with excellence as McEntire does for about an hour, is a testament to his outstanding level of talent!

His character is engaging, illicit, antagonistic, and sometimes on the verge of a bit psychotic, yet every moment you hang on his every word, always wondering where he is taking you on this seemingly disjointed journey of self-awareness and discovery. There are sections where he directly engages the audience, either for motivation or out of the sheer joy of causing patron uneasiness, but whatever the actual reason, it’s brilliantly done. In the end, you discover yourself looking at his character with a different emotional understanding than when you begin, and a sense of compassion that comes from a place you can’t describe.

McEntire is also the playwright, and in that arena he also shines. His character has an arc, albeit a strange and seemingly psychotic one, but it is there and it’s very powerful to watch evolve. The story takes you on a precisely laid out journey through one man’s psyche while making you feel like you shouldn’t be there, listening. The comedic elements allow necessary relief, and filter the sometimes harsh and intense moments. Without them, the story would be so overwhelming, you would lose interest.

Robert’s Eternal Goldfish works, and McEntire does everything perfectly in his writing, only overshadowing it with his stellar performance in it!

Email ThisBlogThis!Share to TwitterShare to FacebookShare to Pinterest
Labels: Out of the Loop Festival, press, reviews, Roberts Eternal Goldfish