Part of the Cultural Ecosystem

I was asked by Dylan Key at the Undermain if I would like to submit a blog post to TCG Circle, the online forum for the Theatre Communications Group's 2013 National Conference that will be held in Dallas June 5-8.

Below is my first whack at it. The one I will ultimately turn in, if I turn one in, will be different. That said, the ideas below are ones I still stand behind. Enjoy... ~ Brad 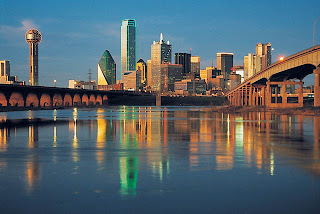 Here’s what we, as contemporary theatre artists know: going to the Theatre now implies much more than passive attendance at a performance (i.e. the way we might file into cinemas); it signifies participation in the social life of our cities, our communities. Contemporary theatre-goers - those brave few who recognize how important it is to feed one's mind and soul as well as one's stomach and investment portfolio - are likely to arrive early for pre-show snacks in the lobby or grab dinner, perhaps, at a restaurant in the neighborhood. A contemporary theatre-goer will more than likely stay late for a post-performance discussion, chit-chat with the artists in the lobby after the show, share their thoughts on social media, attend lectures on a Saturday afternoon, visit the plaza for a midday lunch concert or reading, take a youngster to a children's puppet theatre performance at an informal outdoor amphitheatre. Today's theatre-goer may take in a late-night comedy revue over cocktails. In short, contemporary theatre-goers are informed, involved and demanding. They like to both participate as well as sink into anonymity on their own terms. Expectations are high. And well, they should be. Educated patrons and sincere supporters should be valued, especially in today’s media-saturated, million-choice society. Pandered to? No. But valued and developed.

So, should a single theatre company provide all the services listed above? Maybe, though I imagine such an institution as a theatrical equivalent to Walmart. Like its retail doppelganger, this one-stop theatre might have a wide selection, but the quality will be kind of “meh…” Besides, when the cold light of reality shines on the financial resources of most theatre companies, this is hardly possible or practical.

But, and here’s the silver lining…This is what a theatre community is for. A bunch of theatres sticking close to their guns and mission statements share the burden… no not burden… responsibility of supplying for the needs of the cultural community.

The Dallas-Ft. Worth area is blessed in that it has an incredibly diverse theatrical ecosystem.

Theatre for different ethnic audiences? Got it.
Puppetry? Got it.
Mid-century fare? Got it.
Light comedy and farce? Got it.
Regional off-Broadway pieces? Got it.
Musicals of all kinds? Got it.
New and original works? Got it.
Dance theatre? Got it.
Classics? Got it.
Popcorn-throwing melodrama? Got it.

This diversity is a boon for audiences, but also for artists as well. Whatever your poison, DFW has some of it. If, as an actor, you want to try your hand at murder mysteries or experimental works or the classics, there are avenues for it in the north Texas cultural landscape.

It is with this in mind I run a small garage band-size theatre based in Dallas called Audacity Theatre Lab. Both the size and location are conscious choices. We affectionately call ourselves indie. With no permanent venue to call home we are urban gypsies (not homeless). We operate with an extremely low overhead. We have no “season,” but instead present work when it is organically created. We do work at festivals and venues around the country as well as locally. We operate as a collective and give the artists involved total control of the projects from idea to finally putting photos in a scrapbook long after the production has ended. We do theatre because we, as artists, have something to say.

This is possible because of the wonderful diversity of the cultural landscape in Dallas. Audacity can operate far down the Long Tail and fill its particular niche because there are companies such as Dallas Theater Center, Undermain, Kitchen Dog and other LORT and/or TCG Theatres doing a lot of the heavy lifting. With these groups acting as the core, groups like Audacity can happen on the fringes. We can explore and experiment and advance the art form in very particular ways. As independent artists and groups we are freer and should take full advantage of that. That is how we are  part of the cultural ecosystem.

And here’s the thing, small fringe, indie theatres are just another part of the mix of the dynamic theatre community of North Texas. And there are several dozen of us operating at any given time. In fact, overlapping the TCG National Conference, a festival of small, independent theatres will be in full swing at the historic Bath House Cultural Center on beautiful White Rock Lake. Audacity is involved (we’re doing a world-premiere called DINOSAUR AND ROBOT STOP A TRAIN). Other small groups like Wingspan and Echo Theatre, Rite of Passage and Churchmouse will present work. The aptly named Festival of Independent Theatres is truly a coming together and celebration of Dallas’s small indie theatres.

I’m very excited about the hundreds of theatre colleagues coming to town for the National Conference. I’m excited to share, learn and grow. Just thought I’d give a shout out for us small groups out here on the fringes. We welcome you. 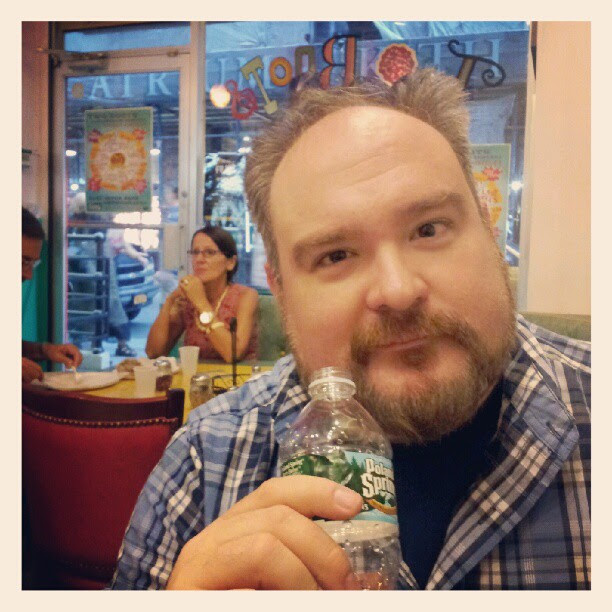 Brad McEntire is Artistic Director of Audacity Theatre Lab. He works predominantly as a director, playwright and solo performer. His show CHOP played at fringe festivals in Seattle, New Orleans, Phoenix, Portland, Houston and New York over the past two years. He has worked with several TCG-member theatres in north Texas such as Cara Mia, Kitchen Dog, Addison Water Tower Theatre, Dallas Theatre Center and the Undermain (where he served as Literary Manager for several years). His new play DINOSAUR AND ROBOT STOP A TRAIN, about an unlikely time traveling duo, debuts at the 15th Annual Dallas Festival of Independent Theatres, June 7-22, 2013. McEntire earned his undergraduate degree in Theatre from the College of Santa Fe and his graduate degree from Texas Woman’s University. More info at: www.BradMcEntire.com

Posted by Audacity Theatre Lab at 4:51 AM

Email ThisBlogThis!Share to TwitterShare to FacebookShare to Pinterest
Labels: thinking about theatre