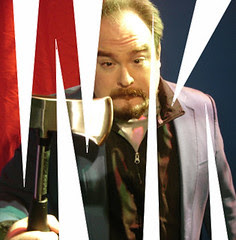 CHOP opened last night for the world to see. It World premiered at Addison Water Tower Theatre's Out of the Loop Fringe Festival. Out of the 10 or 12 folks in the audience on this Thursday opening, two were critics.

He pegs it pretty dead-on that it is a solid festival piece. Which is true, I think.

A fellow I've never heard of named David Novinski came out to cover it for D Magazine's new FrontRow reviews/arts coverage section online. He did not really get into the spirit of the piece, but did offer one observation that will prove helpful.

The piece is smart, littered with mythological and scientific references. I had a line or two in before that explained that the character in the show was a temp and had lots of time to fill, so he turned to reading ("I had plenty of time to read. I'm a reader."), but I cut that line last week. It might be a good idea to put it back in for those folks, like Mr. Novinski, who get caught up in overly logical detail points in the story.

I also admire Mr. Novinski's review in that he both embodies and illustrates a very typical attitude among lots of my audience members in Dallas. Some are really adventurous and open, but some bring into the space a stuffy, uptight closedness. Their tastes run very fickle. This isn't malicious or purposeful on their parts, but it happens. They can't really let go and have fun and engage fully. I'm not sure why this is, but maybe it has to do with the wider culture becoming more isolated through personal technology.

Anyway, now that the very first showing ever for an audience has taken place, i can get down to the real work on CHOP. I can learn about the piece through the audiences eyes.Here's to the continuing adventure...
Mark Lowry's TheatreJones.com review here.

~ Brad
Posted by Audacity Theatre Lab at 2:34 AM