“No tongue can tell, no pen describe the woeful catastrophe. No person who was not there can form any idea of the unexampled scene of human distress.”
—The American Standard, December, 1811 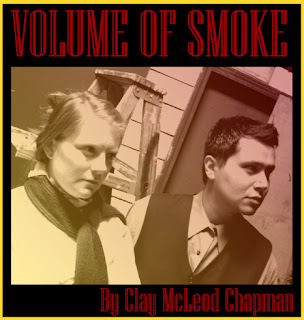 On December 26th, 1811, the Richmond Theatre burned to the ground. A standing-room only audience of 600 people had gathered that night to see a touring company present a billing of several different pieces. During The Bleeding Nun, a short play of haunted star-crossed lovers, the fire began. Of those 600 in attendance, seventy died—many women and children, many trampled in the panic that ensued. The dead included the newly-elected Governor, George W. Smith, who died after saving his wife’s life. The incident made headlines as far away as Germany and gave rise to the Second Great Awakening.

In response to the tragedy, Richmond, VA, erected a church on the ashes of the theatre and banned all public performance (including street musicians) for eight years. The price of breaking the law was a ticket for six dollars and sixty-six cents.

Weaving together a narrative out of more than twenty different characters in his signature lyrical-prose style, Clay McLeod Chapman constructs a narrative of the lead up to and aftermath from the Great Richmond Theatre Fire in the play VOLUME OF SMOKE. Based on interviews conducted with survivors of the fire in an unpublished 19th-century manuscript, VOLUME OF SMOKE is a beautiful, moving, surprisingly funny voyage into the heart of disaster and our responses to it.

Posted by Audacity Theatre Lab at 12:11 AM